Drucker is the one who first raised the theory of Management by Objectives in 1954. Then the Management by Objectives is seen as a form of system for management and is applied in the practice of managing work. Drucker thinks that it is the objective defines the work of employee rather than opposite . Thus, the work mission of one company should be converted into different objectives. The whole objective of the organization would be divided by the top leaders to various sub objects for different departments and persons. The theory was widely used in United States and were spread out to countries like Japan and Western Europe. It is a process or procedure that requires negotiation and communication within leaders and subordinates to work out the object for the organization and sub objects for different apartments, and assess the performance base on the degree of completion of the sub objectives. Although Drucker’ s MBO can be useful in Britain and other western countries, in fact, it has not been widely used in modern China.

According to MBO, the part of the process is about discussion of objectives, in which it is beneficial for the whole organization of interaction, both managers and their subordinates. The first stage of Management of Objectives is setting up objectives. “It is the most important step in the process of managing objectives. An MBO system calls for each level of managers to identify their goals for ever area they are responsible for” (Management Study HQ 2011). The senior executives should work out a object plan for the whole organization base on the long term development strategy of the company as well as considering the opportunity and challenge from the industry environment. In the process of setting up sub objects for subordinates, the subordinates should have a clear understanding of the object of the whole organization. During the discussion for sub objectives, the higher level managers should give respects to subordinates and value the suggestions made by the subordinates. “The managers are required to establish measurable targets and standards of performance and priorities for these targets. In addition, the responsibilities and authority of the personnel is clearly established”( Thomson). While this process of discussion between high level managers and subordinates is not appropriate in China because of the thinking of official standards. The management of objects emphasizes the importance of participation of high level management and subordinates. It combines the individual objects into the object of the whole individual thus needs communication between manager staff and subordinates. The objects should be set up and improved based on the feedback from subordinates to upper level managers. While in Chinese companies, the thinking of official standards is not align with the idea behind the management of object in regard of the relationship between upper level managers and subordinates. The thinking of official standards emphasize the idea of monarch-officeholder relation. The subordinates is usually absolute obedience to their higher authorities. The highly centralized system value people’s ability and statues based on the level of the official positions. The subordinates is very passive and submissive. The thinking of official standards will cut the channel of communication form subordinates to higher level management. time to do investigation and research to make right objects for subordinates. “In some organizations a subordinate is almost told what he or she needs to do and is simply asked if he or she will commit to achieve that goal, while in others the subordinate is given great latitude and room for innovation”( Sudarsan 1998). This picture would most likely happen in China.Thus, this process in china will not work well. 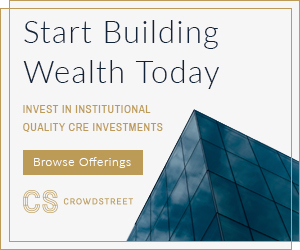